More than six months since the last core update, now is rolling out new broad Google core updates. It is called the May 2022 core update – Google’s first broad core algorithm update of 2022.

The most recent core update was the November 2021 core update, more than six months ago. In an announcement, Google stated: “Today, we’re releasing our May 2022 core update. It will take about one to two weeks to fully roll out.”

“Core updates are changes we make to improve Search overall and keep pace with the changing nature of the web. While nothing in a core update is specific to any particular site, these updates may produce some noticeable changes to how sites perform, which we’ve noted in previous guidance on what site owners should know about core updates,” Google added.

Grofuse digital director, Denis Finnegan, said: “Google core updates usually show results within the following two weeks after the announcement. Google’s official position is that the core update starts as soon as it is announced, and the results will be seen in the following 14 days or so.

“In reality, however, site owners may notice visible fluctuations in visits even before the update starts, even though Google officially denies this.” 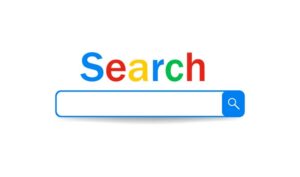 How To Mitigate Google Core Updates

It is very important that if you notice fluctuations on your website these days you do nothing spontaneously to address them, as this can sometimes create a bigger problem.

The so-called ‘Google Dance’ usually lasts two weeks. If you notice milder changes in visits, whether they increase or decrease, it does not mean that visits will not stabilise after this period. It is important to be patient and keep tracking the metrics.

This generally does not apply to sites that lose up to about 70% of traffic. We say that they received a negative Core Update, and recovery can take a long time and may even never happen.

Google updates, if we look at history, are getting milder and milder. Lately, Google has been making it clear that the main goal of CU is the general quality of the site and the relevance of its content for the user.

Google representatives have mentioned several times before, even going into technical details, that spam backlinks from other websites are not subject to Core Update at all, and that the CU doesn’t help disallow spam backlinks. In practice, this was not the case so far, in the sense that often CU affects websites by CU because they have a lot of spam incoming links. Although in general Google CU is about the more widely clear quality of content, site speed and usefulness/relevance to users and authoritativeness.

Every Google CU hits certain types of sites and verticals a bit harder, and especially lately – in particular health niche sites have a worse affect.

During the Core Update, it’s best to not do anything abrupt on the website because it could cause major shocks in rankings and might not bring any benefits. In addition, if you justifiably suspect that you are hit by CU, paid search campaigns should be further strengthened for all high converting keywords to help counteract any sales decrease during that period.

As the update rolls out, marketers will have further clarity on their website rankings. In the meantime, do what you can to mitigate these impacts.

Do you need expert help with your SEO strategy? Grofuse offers free onsite SEO for every website we build, with the option to maintain and grow your website’s authority online.

Get in touch today for a no-obligation and complimentary consultation and review of your SEO performance.